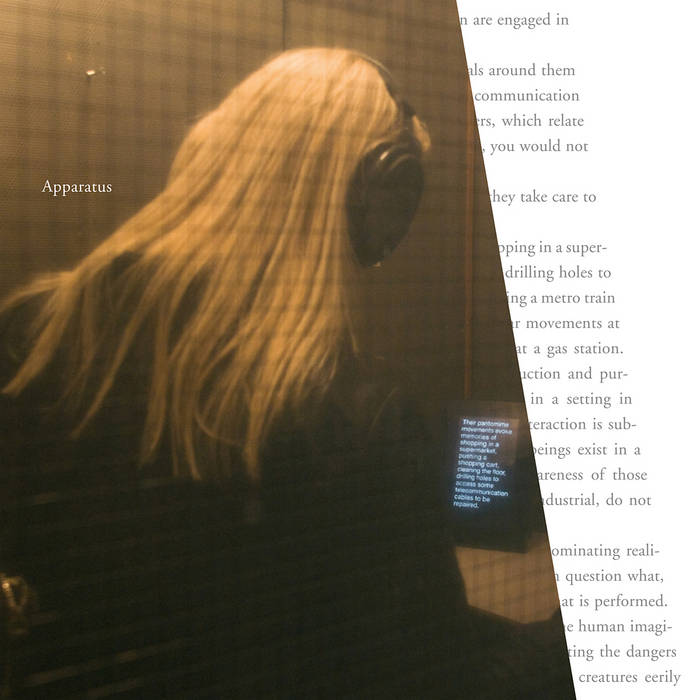 Somewhere deep in the half-lit rainforest, two men are engaged in a peculiar dance.
During the climax of the afternoon chorus, all animals around them vocalize with all their might. They are absorbed in communication with individuals of their own species and with others, which relate in friendly or necessary ways. Drowned in that noise, you would not hear the two men from a distance.
Neither you would hear them in close proximity, as they take care to not make a sound, not even brushing against leaves.
Their pantomime movements evoke memories of shopping in a supermarket, pushing a shopping cart, cleaning the floor, drilling holes to access telecommunication cables to be repaired, entering a metro train through sliding doors, operating tools in ever similar movements at a conveyor belt, driving a car, filling up the tank at a gas station.
Many of these movements are related to the production and purchase of consumer goods. This dance takes place in a setting in which humans seem largely misplaced, where all interaction is subject to struggle, and often fight. Where all living beings exist in a dense, collectively shared environment. Where awareness of those other ­collective environments, the urban and the industrial, do not count,yet exist in the memory of codified gestures.
The two men have forgotten to presume the one dominating reality. They exist simultaneously in all layers, putting in question what, if any, exists outside their bodies and minds and what is performed.
The rainforest, a setting which flatters and haunts the human imagination, creating tales of supernatural beings, projecting the dangers that come from tiny spiders onto fantastic female creatures eerily whistling by drawing the air inwards. These creatures would roam the forest, with their feet turned the wrong way.
How inexplicable just the movements of a bird if we do not know its patterns of attention.
How mysterious and unconnected to the rain­forest are the two mens’ movements. Yet they understand each other, being aware of proportions and entry points of those overlapping realities they attend to.
No other living being present here, except the two men themselves, can grasp what is happening, can make out any sense in what they are doing. Yes, the idea of sense itself and the occurence of waste are in question. But who would be there to question them?