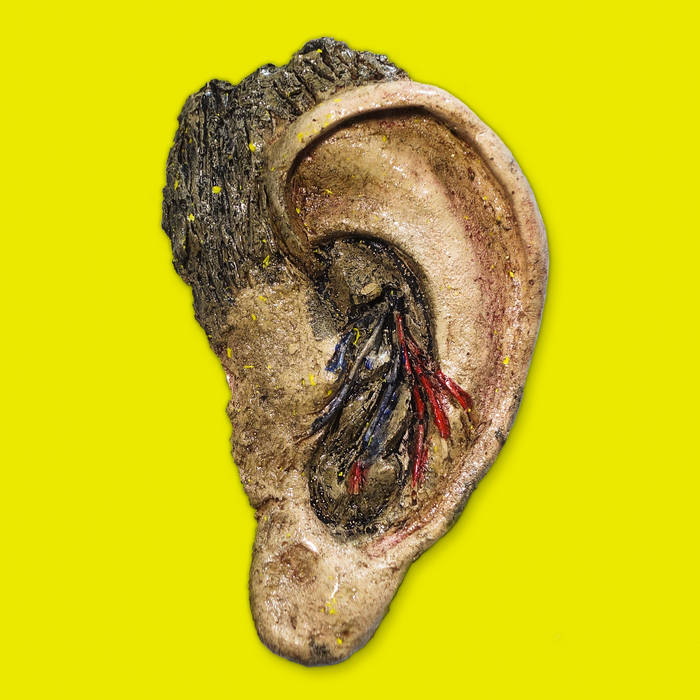 Ho. Turner (1948–2012) was a German artist who embraced the European echoes of the hippie movement, psychedelic drugs, Tibetan mysticism, shamanism, and the creative possibilities that early 1980s consumer technology offered in image and sound. His work consists of photographs, micro-edition art magazines, mail-art letters and postcards, and electronic music, which he used in audiovisual performances, or released in small handmade cassette editions.
Turner bought a ‘professional’ synthesizer and a drum machine, but also worked with small mono cassette recorders and multiple Walkmen players that he could take outside and record sounds with. He was a member of the short-lived German art band NASA, who had appeared on stage alongside the likes of Abwärts and Einstürzende Neubauten in 1980 — using only portable cassette recorders. Most of his audio work was produced in his tiny apartment/lab space, by mixing together layers of sound via speakers and re-recording them with a mono microphone. In performance, he created densely collaged audiovisual spaces that played with effects of pseudo-synchronicity.
Turner never owned a mixing desk, and his recording equipment was rudimentary at best. All his sound works were produced from around 1979 till 1990. At the end of this period he suffered from increasing hearing loss. A hearing aid was found in the box which contained his cassettes, but it seems to have not been used much. Around 175 cassettes (from C5 to C90), many of them copies or different mixes of similar material remain.

«T.V. Tapes Mix» is a mixtape with the exact sequence of untitled tracks as recorded by the artist at some point in the first half of the 1980s with a tiny cassette recorder over a home speaker system. For this mix he compiled material from his handmade «T.V. Tapes» editions. «T.V.» stands for «Taube Völker» (deaf peoples), not for «television».
Music composed and recorded on Compact Cassettes between ca. 1979 and 1983 by Ho. Turner (1948–2012), using the Kawai Synthesizer-100F, the Fricke MFB-501 drum ­machine, Tibetan bells and other metal percussion, a flight simulator, field recordings and found sounds.
ho-turner.de