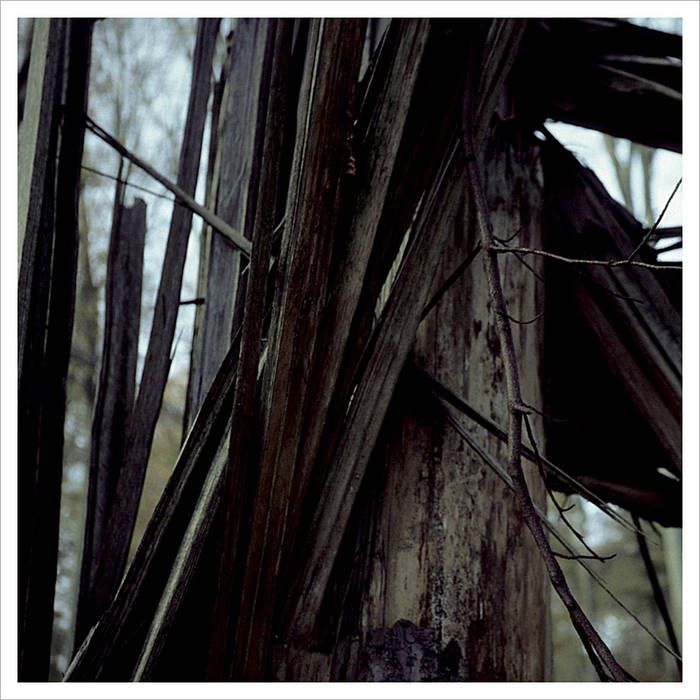 “Animistic [for Donatella]” was composed of several field recording arrays I had made in 1999 and earlier, integrating as well the sounds of some tibetan bells and a metal chair. The material was roughly categorized according to the prevailing frequency spectra inherent in the recordings, and then a score was written for the live performances.
When performing “Animistic” I always added another piece, “Decaying Study 3”, allowing myself to intermingle completely the sounds of both works.
When playing the first two concerts I experienced a state of heightened awareness — more than I usually perceive while performing — which even resulted in me hyperventilating towards the end of the piece.
With the distance of several years I decided to analyze the work in its ‘incomplete’ form.
I always disliked live recordings somewhat (they were made at all three concerts), and mostly used them exclusively for documentary purposes or rehearsals. But the necessity to compose a ‘final’, concise studio version of “Animistic” was apparent.
The noise of the wind in the trees that occurs in the first part of this composition for me is reminiscent of some details in the films by Andrej Tarkovskij: the mysterious breath of the animated ‘Zone’ in ‘Stalker’, and the sudden gusts of wind in the corn field or the forest clearing which seem like entities passing through, in ‘The Mirror’. They seem to be willful beings, confusing both the characters and the viewer.

In 1999 I seriously got into the habit of walking in the hillsides (which I had only occasionally done since 1991) both north of Frankfurt and along the Italian/Slovenian border with quite some discipline.
Despite of the different effect the wind in the rushing trees had on me, I was trying to imagine some animist understanding — or rather: perception — of the sounds and the landscape as entity (actually the term landscape refuses a notion of an animated natural entity without human intervention and refers more likely to an inhabited portion of land).
In the recordings one hears occasional hums and other noise, the origins of which are not fully clear (the famous ‘mysterious rest’).
It is — on the one hand — quite unimportant, for what counts in the given context of an animist survey of a late 20th century forest area, interspersed with human settlements and infrastructure, is the sound in itself. My partition of the recordings into basic frequency spectra (Hi/HiMid/MidLo/Lo) and the composition deriving from it reflect this fact.

All other sounds in the first part of the composition originate from animated 20th century nature, whereas parts two and three invoke a rather ritualist conception of music — absolutely manmade, but ‘spirited’ (the question here is: is there music generated by nature, i.e. landscape — maybe in the Cagean sense — without a composer, that is equal to manmade music?). In all three parts, but mostly in the first two, a special emphasis lies on the different frequency spectra, constituting an architecture of sound. Throughout parts two and three, well defined structures are evolving out of what, in part one, seems already a distinguished, but more dense, fluctuating array. “Decaying Study 3” is included in this cd to conclude a line of work.

The piece “Animistic” is now dedicated to Donatella Ruttar — we have mutually transformed ourselves.

Thanks to Sylvie Astié and Eric Minkinnen at Büro/Paris, Carsten Nicolai, Stephanie Sembill and Jan Winkelmann/Leipzig, Ed Benndorf/Berlin, Francisco López for travelling with me, and for drawing my cartoon, Amy Denio for the interferences in the 8 square meter room in Paris, the old man on the train who told me stories about his ancestor, the King of Corsica, Ulrike Grünewald for borrowing me her metal chair, Ho. Turner for the gift of the Tibetan bells, Gregor von Sivers for upsetting the crows with me one evening in 1989, Walter Hartmann for continued language coaching, Elena and Vida, and thanks to Till Kniola for choosing luxury.

Originally released in 2004 as a CD with 7 cards packaged in a Super Jewel Box by Auf Abwegen. Remastered digital edition released by Auf Abwegen in 2011. This edition via Bandcamp includes the original 7 cards as a 14 pp. pdf document.